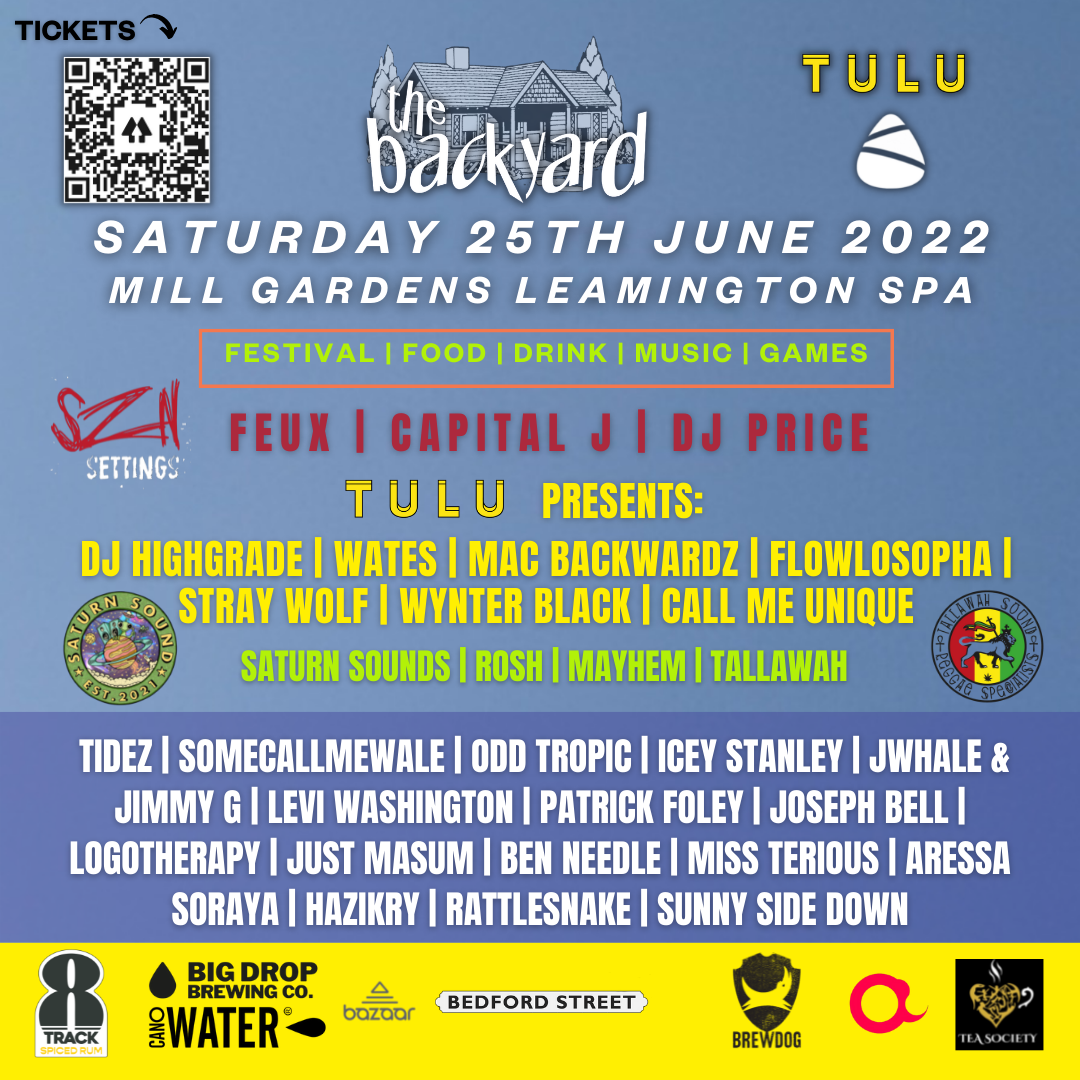 Leamington is notorious for its summer schedule which is filled with a host of amazing live outdoor events, featuring the best of local music, food, art and culture. TULU presents have teamed up with some of Warwick University’s best and brightest student-led music and events organizations, Koan Record, Season SZN Settings and Mayhem to host the newest festival to join this summer’s programming, The Backyard. Alongside the initial partnerships TULU then recruited the best local events brands Tallawah Sound System and Saturn brands to ensure the best representation of Leamington’s music culture and best music on the day. The Backyard is the only festival in Leamington to showcase DJs, Bands, Acoustic, Rap, reggae, dub, house, funk, soul, rock, R&B, House, UKG and more!

The day festival at Mill Gardens is followed by an afterparty in the heart of Leamington Spa where we will see the multifaceted DJ Bklava who has been a recognised name across the festival scene in 2021 and 2022 take to the decks. Baklava drew huge crowds to her sets at BBC R1’s Big Weekender, Parklife and AVA due to her ever growing popularity within the dance music scene.

The Backyard is a young, diverse music festival focusing on niche underground genres of music that don’t usually get the spotlight at outdoors events. CBO Vince said “We are so fortunate to get to be involved with this summer’s programming for live music events in Leamington with a difference. We are very lucky to have the support of more well established brands like Slate Events, who believed in our vision and helped us to bring this idea to life.”

The student music scene adds a lot of culture and diversity to Leamington’s existing music scene and TULU Presents by nature is a disruptive music industry brand that loves to push boundaries and create new experiences. TULU is prime placed to support those genres which fall outside of the usual scene. This will not only be a celebration of the vibrant youth culture in the area but showcase some of the most exciting emerging talent from across the UK.

Acts like Feux, Call Me Unique, Wynter Black, Tidez and Capital J to name a few will grace one one of three stages in the gardens. The Official afterparty will host a variety of global and local names, from Bklava and High Nelson to student collective Mayhem and a Tallawah, a fan favourite of Leamington Spa. With food and drink provided by local vendors, 8 Track Rum, Bedford Street, Tea Society, Sukanya, 8Track Spiced Rum, and support from Big Drop Brewery, UNLTD and CanO Water. 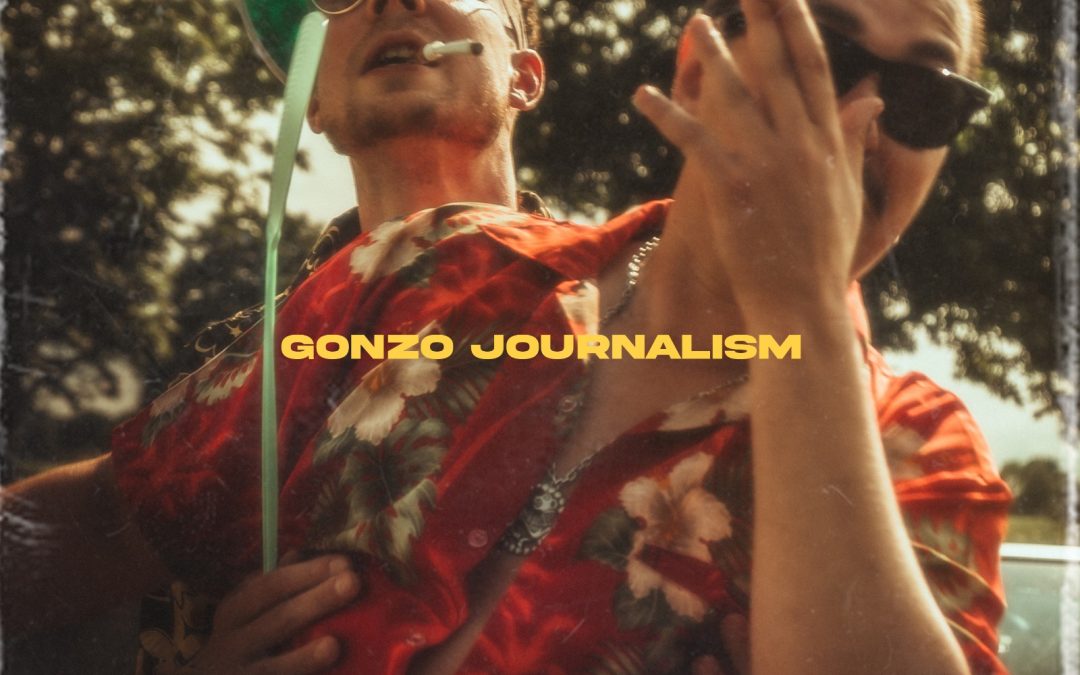 Flowlosopha Is Back With Another Psychedelic Visual

If you are familiar Flowlosopha, then you’ll know to expect the visual game to be strong. ‘Gonzo Journalism’ is a real ode to his essence and he brings the cinematic and psychedelic into one experience for his confused and frazzled audience.

This time Flowlosopha has created a rework of the cult classic fear and loathing in Las Vegas. Flowlosopha teamed up with CCPV for this wild Visual. The video takes you on a wild trip with Flowlospha and his mysterious partner played by (producer Psygon). The pair revel in high jinx, while under the influence of unknown substances.

The song title and lyrics pat a subtle homage to the late Hinter S Thompson famed for his unique journalistic style and debaucherous ways. Of the single Flowlosopha said, “everything from the beat to the lyrics and the visual was really fun for me to create. The song is a head bopper, one to vibe to. I wanted to really emphasize the playful elements of the track whilst still talking about interesting subjects and including intricacies with flows and wordplay.”

As the rapper gears up to his next project release, his production value continues to grow from strength to strength. He has a plethora of releases under his belt, though the next project is set to truly show growth and evolution from the Midlands Rapper.