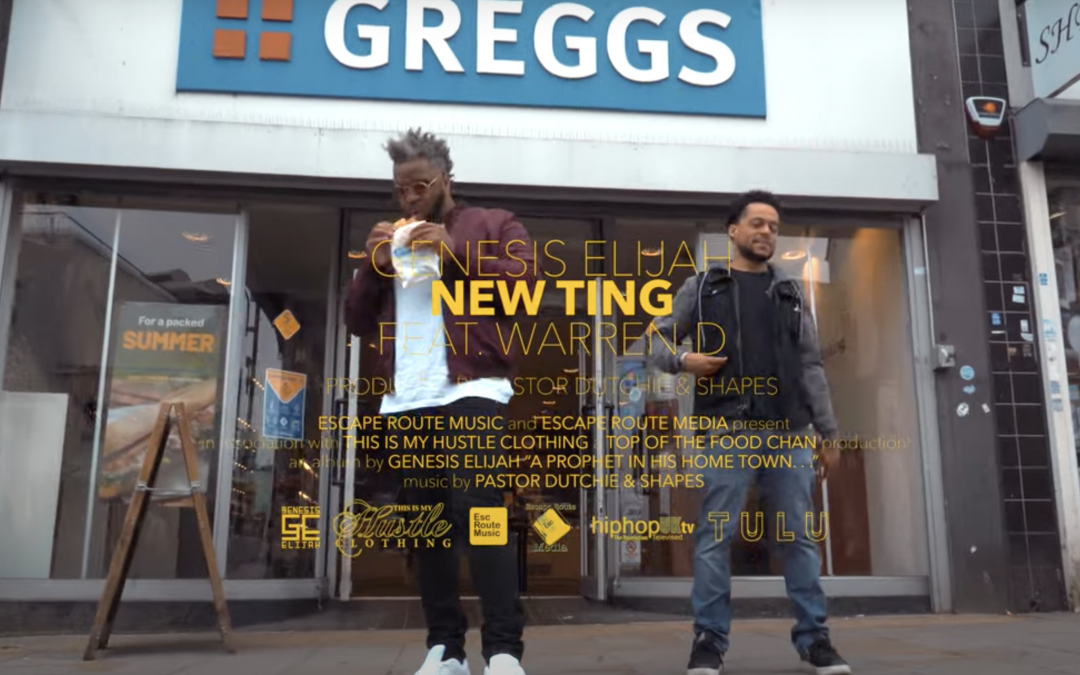 Genesis Elijah gives us another visual, this time for ‘New Ting’. The Rapper hasn’t gone anywhere all year. consistently churning out tracks and giving us a single per week. His latest visual for his track ‘New Ting, is a demonstration of why the Watford native has such strong staying power.

Genesis, hit the ground running and has shown no signs of slowing down. His consistency and dedication is nothing short of aspirational.

‘New Ting’ is a whole vibe. The opening line is an unapologetic bold statement that most artists can relate to. Simply put, “If i play you my new ting, don’t talk over my verse. The pain of someone talking over your latest verse hasn’t ever been captured so accurately in a track. But Genesis let’s us know what kind of mood he’s been in this year.

The rest of the song documents the highs and lows of artistry. Genesis also talks pursuing musical endeavours. The track includes a fire feature from Warren D.

The visual shows the rapper against the backdrop f his hometown Watford which gets a special highlight throughout. Genesis puts on for his City and this track is a great way to showcase one of Watfords greatest exports.

‘New Ting’ is taken from Genesis’ latest album A Prophet In His Hometown. The track is available on all digital streaming platforms right now. You can watch the full video above.