Dwain ‘The Po3t’ Brown formally known as Triple Threat once part of the infamous Aftershock collective, has been blessing mics over the years with freestyles and songs on Kiss FM, Rinse FM, Choice FM, BBC 1xtra right through to Radio 1.

Having placed well on the starting grid for Sway DaSafo’s ‘Up Your Speed Remix‘, heavily rotated on various radio stations, plus a cameo on 679’s ‘Run The Road’ (Sony) has helped Dwain ‘The Po3t’ Brown jostle his way into pole position.

As Dwain ‘The Po3t’ Brown drops his Audio Biography, ‘D.W.A.I.N‘ it’s clear that he is fulfilling an ambition that has been years in the making. The project presents a versatile artist, who has come of age and features top collaborations with the likes of Leon Jean Marie, Elrae and Niddi Bahru.

Dwain has embraced his true-self as an artist, exploring his versatility utilising his eclectic taste in music and incorporating elements of spoken word.

Looking to book or collaborate with Dwain ‘The Po3t’ Brown? 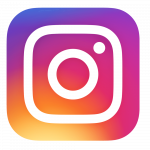