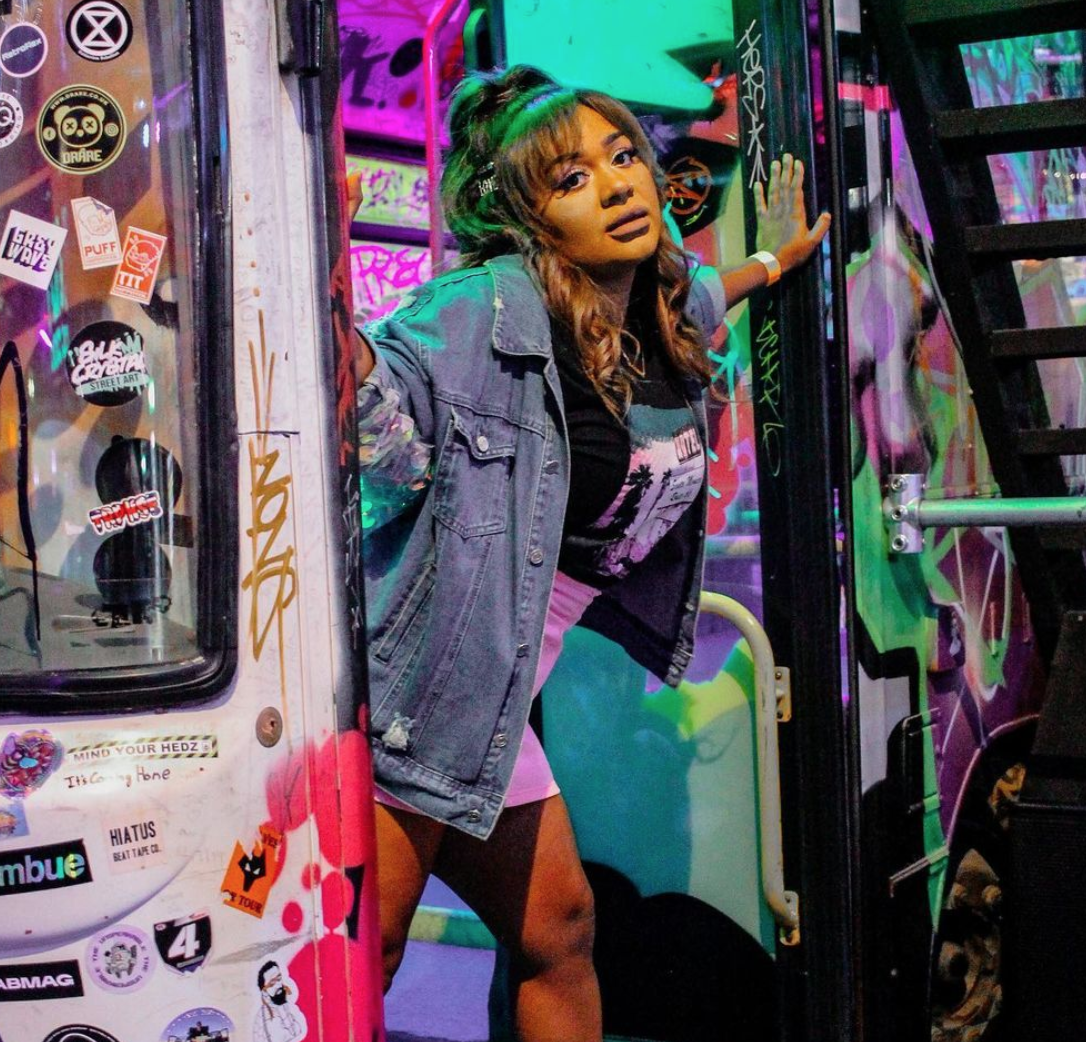 Wynter Black is one of Coventry and Warwickshires most exciting singers and we are incredibly lucky to call her a TULU network OG.

Wynter joined the TULU team and network on our UK Tour in 2019 and has since been working hard behind the scenes on a new project.

Wynter Black is a multi genre urban artist with a distinctive, sultry, soulful voice and an energetic, engaging live performance.

Her unique sound reflects her cultured background. Born in Africa to a Zambian father and British mother, Wynter moved with her family to the USA before heading to the UK in 2007.

Following her move to the UK Wynter has appeared on the X factor twice as part of girl groups, toured the UK and opened for the likes of Wretch 32 and Chipmunk, whilst on a journey to discovering her sound and artistry. Since then, Wynter Black has been working hard on solo projects, writing on projects for other artists such as The Netherlands’ talent singer/rapper Hind Hakki.

She has built an extensive catalogue of demos which document the true evolution of her style and sound to what it is at present. Working alongside an array of producers, Wynter has created a selection of moods that fuse her contemporary writing and melodic style to vibsey summer beats that have undertones of classic RnB.

Prod. Blackseed. The single and video for Tokyo was released in 2020 and it was an immediate summer hit with the fans.

The original Appletree single was shortly followed by a remix album with each track putting a unique spin on the original.

Appletree, as a single was initially released in 2019 and came in a variety of different edits.

Retro Love is a firm favourite at all live events and is also her debut track Retro Love on Spotify as ‘Wynter Black’ (but, by no means her first dip in the music industry pool.

Looking to collaborate with Wynter Black?